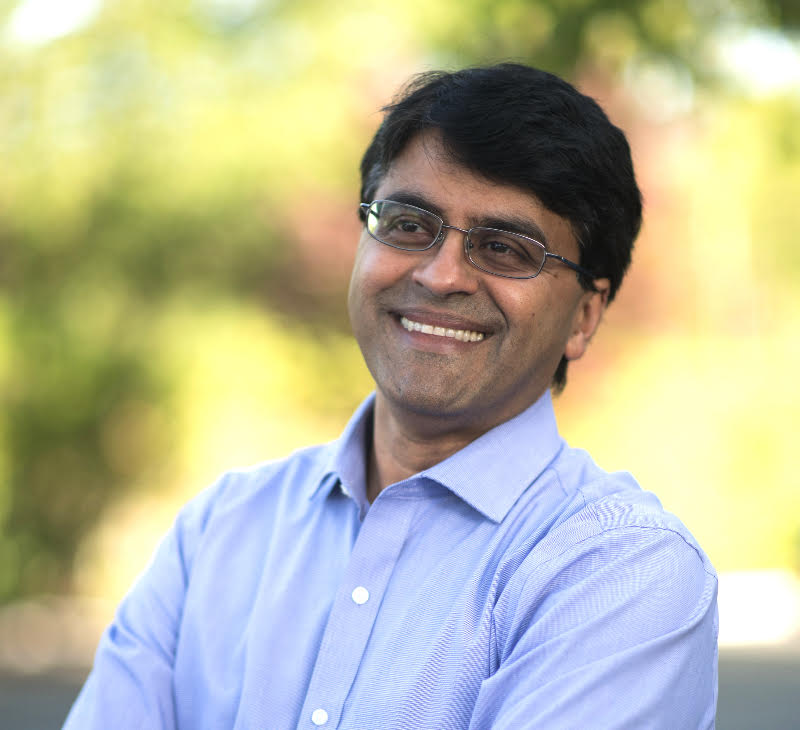 I am among the immigrants who have made the U.S. my home. I came to Silicon Valley in the 90’s and discovered that this was a paradise built by immigrants from every part of the world. I was able to become part of (and eventually lead) teams built of the best talent regardless of their heritage — talent that included every ethnicity, gender, color and religion.

I became an American, and was proud to see the first black American president, proud to see equal rights for the LGBT community and proud to see the evolution of Silicon Valley to Software Alley. The energy of the Valley was just exhilarating. But for this energy, this talent pool, these mentors, my life would have never taken off as it has.

But it’s not just about my life. The innovations that have arisen from the Valley have transformed all of our lives in positive ways. You now have the vast knowledge of almost everything sitting in your hand. All you have to do is ask for the answer.

In too many industries to detail here, technological innovations from the Valley (many of them created by immigrants) have made our lives so much better. As just one example, a doctor in Montgomery, Alabama can diagnose your disease while you sit in Ames, Iowa. Another doctor can perform surgery on you via a robotic surgeon they control from New Orleans. Innovation can transform entire industries, and inevitably require that some people learn new skills.

Most of the job losses that have occurred in the past were due to lower labor costs overseas. In the future, most of the job losses in the U.S. will be from automation (not other countries). Think autonomous cars and trucks, drone delivery vehicles, robots in manufacturing, AI and machine learning that will take on parts of jobs we haven’t even considered yet.

For example, in the U.S., we have approximately 3.5 million commercial truck drivers. All of their jobs are at risk in the next decade due to autonomous technology being applied to vehicles and drones. According to McKinsey, more than 70% of manufacturing jobs might be rendered obsolete by automation.

During my career, while I did passively participate in helping some election campaigns, it was never essential for me. Influencing politicians scared me and I never really gave it much thought. But the last few weeks have been deeply disappointing. To see our President enact divisive measures based on religion, color, ethnicity, etc. has been saddening.

I think America is already great. I like some of the issues our government is addressing such as the idea of a repatriation tax holiday, investment in infrastructure and the reduction of corporate tax rates. At the same time, I am very concerned that many of the new divisive actions will hurt America, not help it. To help keep it great, we should focus our efforts on three things: immigration, education and participation.

Immigration – the fuel of economic growth

In my role as a Venture Capitalist, I am focused on working with the best entrepreneurs, regardless of where they are from. Within the technology industry, immigrants are part of the lifeblood of success. The current leaders of Oracle, Google and Microsoft were born overseas. The founders of Tesla/SpaceX, Google, Reddit, Amazon, Yahoo, eBay and Apple were either immigrants or children of immigrants.

And, successful immigrant-led companies aren’t just tech companies. According to The Partnership for the New Economy, 41% of Fortune 500 companies were founded by immigrants or the children of immigrants.

Even if we are successful at improving our education system to help the economy grow, it will take a long time. In the meantime, we have a system in place to bring in the smartest, most talented individuals to fill jobs when Americans cannot. It’s called the H-1B Visa program that enables U.S. employers to temporarily employ foreign workers in specialty occupations.

U.S. employers are hungry for talented workers. They need talented workers to grow the economy. We have roughly 1 million international students enrolled in American colleges (with more than a third in STEM programs). We can make it easy for them to stay and work here, or they can go home and help their home countries take advantage of their education. We fully support the H-1B program to help keep America great. In fact, given the shortage of qualified computer scientists, we should expand this program to help companies grow.

Education – to keep America great, we need to invest in education at all levels

After WW II, the U.S. was concerned about winning the space race against the Soviet Union. President Dwight Eisenhower passed the National Defense Education Act to improve American schools and promote postsecondary education, much of it towards science curricula.

At that time, the U.S. also had an acute shortage of mathematicians. Today, we have an acute shortage of Math, Computer Science, Engineering and Science majors, just at a time when AI and machine learning are transforming the technology landscape. To keep America great, we need many more well-educated students in all disciplines, including computer science, statistics, mathematics and the combination of CS with other areas.

The Organization for Economic Cooperation and Development (OECD) ranked student performance in math, reading and science in 2015. The U.S. scored roughly average amongst developed nations. We were not even in the Top 10. Those scores are a leading indicator of our success in these fields. We are far, far behind and need to invest in education much more than we ever have. While there are a number of private schools that compete very well among the best schools, our public system needs to see a big jump in quality.

There is a massive imbalance between the skills that America’s technology industry needs and the workforce that the American education system is producing.  On an annual basis America is graduating ~100,000 engineers, versus ~1,000,000 in China and ~1,000,000 in India.

We can’t produce more engineers than other countries, and while our engineering schools and graduate schools programs are among the best in the world, our education has to improve for all key science majors. We have to graduate a lot of science majors who can program and have the necessary skills to survive in an automated world.

We need to invest not only in schools for current students, but schools for people currently in less-skilled jobs to keep them ahead of automation (AI and machine learning) — the automation that will threaten their livelihoods in everything from manufacturing and mining to data collection and bookkeeping.

In the U.S., 40% of the labor force was involved in agriculture in 1900. Today, it’s just 2%. Similar sea changes will occur in almost every industry. To help current and future workers adapt to these inevitable changes, we need to invest in STEM in schools, reskilling of current workers, and reskilling the unemployed as part of an “always learning” approach to running businesses and educational institutions well beyond age 22.

As the education crisis in Michigan shows, the charter school system and voucher system is not the answer to prepare future generations for the journey ahead. A substantial, sustained investment in the public education system is required.

Participation – we are the change

Influencing politicians to undertake the right policies is something many of us may not have considered in the past. In politics, money talks. The employees of Clear Ventures are choosing to donate to institutions and politicians that support our ideals. We are becoming more active and more specific in our donations. We encourage all of you to do the same.

Communicating with elected officials matters too. They need to hear from their constituents (you). Politicians care about getting re-elected. If they understand what their voters want from them, they will listen. If they hear from tens of thousands of voters, they will listen even more. Speak up for what you believe in.

And, do even more. Consider how you can use your talent, your time, your effort, to help get the people who align with your ideals elected in 2018. Don’t think just within your own state. Think about those issues and politicians that can have the greatest impact on the things that are most important to you. By donating, communicating and volunteering you can have an impact where it can make the greatest difference.

I love this country and all it stands for. I don’t want to see us become a second-rate country because of bad policy decisions. I encourage each one of you to take action on the issues that are most important to you.

Lastly, don’t let these issues dominate your every waking moment. If we are fortunate, the good things we believe in will come to pass. We must all continue to do what we are good at every day in our work lives, and if we can help you with that, please reach out to us.